Why did this CHILLY LAD get into a sauna with THE FROZEN X-MAN???

Which GRANITE LAD turned into a fountain in a ROME PIAZZA???

What NOCTURNAL LASS spends the SUMMER MONTHS in Alaska so she can get her BEAUTY REST??? 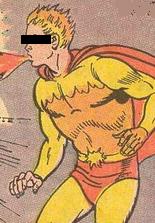 Who is the FLAMING LAD who had it coming out BOTH ENDS on chili night???

Wednesday has come and gone. The heroes have fought their battles and villains have hinted at things to come. Now it’s time to review the game tape…

This week was a fairly strong week for me. It was, in some ways, a week of redemption.

Willingham’s Justice Society of America has for the most part left me unimpressed. I’ve kept the book because the guy that writes Fables deserves more than a fair shake. The problem hasn’t been that the book is bad. It’s more that instead of doing something interesting, he’s chosen to do JSA by the numbers. Traitor in the ranks? Got it with Kid Karnevil. Since the Robinson/ Goyer relaunch, everybody has had the team battle Mordru. You can’t really ever beat a magic powered time traveling villain. You can only out magic a magician into going away to lick their wounds. Now it’s Nazi’s. In comics, these guys were the boogey men of the 1930’s and ’40’s. I’m looking forward to the day in comics when fighting Nazi’s is as timely as fighting the Visigoths.

Still, this issue had me hooked. Why? I’m naturally curious. Throw me twenty years into a future that doesn’t look familiar and my first question is, “What happened?” This is the exact framing device that Willingham uses, and he’s got the world’s third smartest man serving as our historian. That’s the other thing that gets my attention. Michael Holt’s Mr. Terrific is an interesting character to me.

For whatever reason, Fantastic Four #576 decided that it does not need to tell full issue. The issue starts off quite strong with sit-rep type scene running down where they’re going and stating to expect the unexpected. There’s some boilerplate lab talk. Then, Apparently it’s okay to have ten pages of silence, create another huge gutter (a la last issue), dump significant chunks of plot into it and move on until we almost have an ending and then a text page explaining the wrap-up. I dig the silent pages. I object to the shoddy story telling through short-hand.

This newest Atlantis is admittedly the most interesting iteration we’ve seen. The Atlanteans are anthropomorphic denizens of the ocean and they have a triad of races and three kings. They look cool. Since this is a multi-part arc, and we saw the highly evolved moloids last issue, I’m waiting for the other shoe to drop. With an over arching title like Prime Elementals, I guess we’re headed into a volcano or the sun next culminating in some big melee involving all of these “new” kingdoms.

Like I said, this was a week of redemption. I confess that I did pick up Blackest Night #7. It didn’t make my head hurt as much as the latest Green Lanterns or the previous issues of this series. I am happy the the rest of the rainbow coalition has finally arrived. I know Stewart’s pretty bad-ass, but why were we supposed to believe that he was holding off the multitudinous hordes of the universe’s dead?

We also finally get something of an explanation as to why Earth is so blasted important in the whole of the universe. On the other hand, we have to suffer through more of Johns’ fetish for gratuitous violence and gore. In the post BN DC, can we please have less of Larfleez and more of Atrocitus? He’s a much more interesting character with some depth. Larfleez is the running gag/ catchphrase that gets tired too quickly.

At last! Batman and Robin #9 totally made sense. There were no weird moments of confusion due to editors. No women popping out of boxes for no apparent reason. No odd or dull plot threads (we might finally put the Crime Bible to rest!). What we have here is coherent and interesting and fun. Thanks for restoring my faith in a Batman title.

Finally, if you aren’t reading X-Men Forever, you’re missing a fantastic read. This issue was devoted to Cyclops and the Family Summers. It’s interesting and stuff happens that isn’t angsty and ham handedly allegorical for anything.

That wraps up everything for me.

Joker gets Nicholson. Who do I get? A freaky looking Danny Devito. I didn't get laid for three years after that movie. 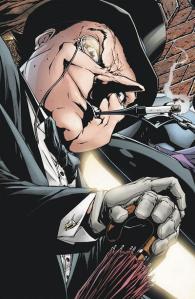 Batman and I have an understanding. He doesn't hit me in the nose or the top hat, and I don't tell anyone where the seven other Robins are buried.

I wrote songs for the Monkees under the name "Neil Diamond." Daydream Believer? That was all me.

It's a little known fact that the penguin is the only other animal to practice prostitution. They exchange shells and bits of fish bone for sex.

Diamond’s website keeps failing on me, but this week’s releases are finally up.  Here’s what I’m looking at.

Moving with a crumbling grind,

In Blackest Night, Geoff Johns pulled a giant deus ex machina out of his hat when he revealed that each “New Guardian’s” ring can create one additional ring. I’m sure Johns picked DCU characters he thought would be cool and fit the story, but what if he wasn’t limited to the DCU?  What if any cartoon or comic book character was available to him?  I imagine if that was the case we’d see a much, much different alliance.  One that would look something like this.

Hulk – The Hulk is all about rage: the madder he gets, the stronger he gets.  There’s even a red one out there running around these days, busting things up and acting like a jerk.  Just picture him constantly vomiting up blood and you’re already there. 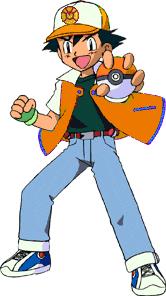 Ash Ketchum – Ash is the greedy little kid determined to capture one of every animal (excuse me, pokemon) in the world, to the detrimtent of every relationship he’s ever been in.  That describes avarice much better than a mad scientist who wants to rule the world because Superman made him lose his hair when he was a boy.

Gargamel – The Scarecrow is a terrific if obvious choice for the yellow ring.  Much like Parallax is the only thing to scare Green Lanterns, there’s only one thing Smurfs fear, and that’s Gargamel.  He takes delight in capturing them, either to eat them or turn them into gold.  That’s fairly scary if you’re Belgian. 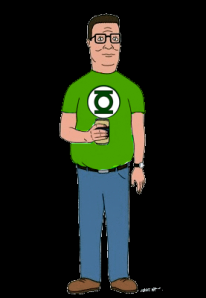 Hank Hill – Have you ever met one of those people who seem like they can do anything by sheer force of will?  Hank Hill is that guy.  Slap a ring on him and as long as you assure him it’s a military weapon and not hippie jewelry or an improv prop he’ll get the job done.

Superman – Of all the characters Johns had to play with, I can’t believe he didn’t go for the obvious choice to represent Hope: Superman.  If Barack Obama had a cape, superpowers, had saved the world hundreds of times )and the universe dozens), then MAYBE he could sit in on a lecture Superman gave on how to give people hope. Superman could be caught with a live boy AND a dead girl and people wouldn’t lose hope. He’s like Michael Jackson and R. Kelly wrapped up in a cape and with heat vision, that’s how much people believe in him. 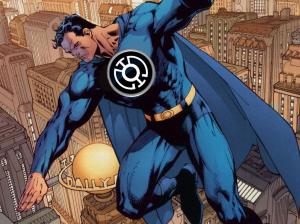 Optimus Prime – Optimus Prime’s only weakness is his compassion for all living creatures.  Being part of the Indigo Tribe would allow him to turn that into his greatest strength.  Of course, a giant metal robot covered with tribal tattoos and holding a tiny stick wouldn’t be very imposing, but it would be compassionate.

Tenderheart Bear – Wikipedia says “Tenderheart Bear helps everyone show and express their feelings and helps his fellow Care Bears be the most caring they can be. In the 1980s movies and cartoons he was the leader of the Care Bears. He is orange (originally brown) and his tummy symbol is a big red heart with a pink outline.”  That sounds about right.  What do I know about Care Bears?

Those are my thoughts.  Did I get someone right?  Or very, very wrong?  Hit us up in the comments sections.

Not much this weekend, but here you go: 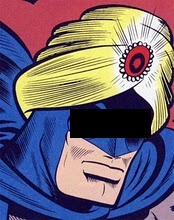 Superhero chique storms Fashion Week. Masks, capes, and purses are all the rage in Paris, Milan. 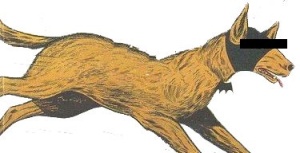 EPA inspector goes missing at card factory. Family worried: "He was always so happy. Joking all the time." 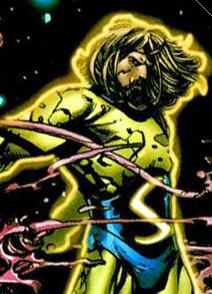 Stan Lee said he found me in the back of a filing cabinet. That's not true, I sprang fully formed from Alan Moore's Marvelman.

The Void and I take an annual trip to Atlantic City with our wives. Engelbert Humperdinck puts on a hell of a show.

I went into prop comedy for about 18 months. I did okay, but I sold my best gags to Carrot Top and Gallagher.

I'm entired composed of wormy tentacles. Oh, wait...That's not a secret any more.