Happy New Year folks!  As we here at the L.E.M.U.R. Comics Blog orbiting space station settle in for a night of sorting comics, we’d like to wish you and yours the happiest of 2013’s.  New Comics Wednesday is still Wednesday this week, so let’s take a look at this week’s new and noteworthy titles.

Man, the Christmas holiday must have destroyed my brain’s ability to determine what day of the week it is, because we’re at New Comic Day and I think it’s Monday. So with a week so light I thought Diamond’s web site loaded incorrectly, here’s a look at this week’s new and noteworthy titles.

And aside from some Justice League, that’s just about all that’s even coming out this week, so I’ll just take the opportunity to wish everyone happy holidays and good reading.

A week with new issues of Daredevil and Hawkeye MIGHT just be the greatest Festivus miracle of all. Here are this week’s new and noteworthy releases.

That’s it for this week.  What looks good to you?

Not just a BUNCH of fun releases this week, but spanning the widest range of styles and genres I can recall recently.  Here are this week’s new and noteworthy titles.
That’s it for this week.  Expect reviews later in the week for Avengers #1, Thunderbolts #1, and Adventure Time #10, a comic SO FREAKING good I can’t decide if it’s better than #5, which I absolutely fell in love with.  What looks good to you?

Man, I have such a love/hate relationship with Previews.  It brings me the things I love each month, but it also subjects me to the most blindingly insane objects our type of fandom has to offer.  Still, it’s time to roll through 1700 pages of ads to bring you, the L.E.M.U.R. Comics Blog superfan, a three-month glimpse into the future. 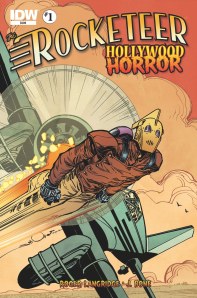 Wow, there’s not nearly as much this time around; maybe the indies are biding their time to compete for January dollars?

Before wrapping up for this month, I’d like to draw your attention to Brian Hibbs’ most recent “Tilting at Windmills” column over at CBR.  The whole thing is worth reading, but if there’s anything worth taking away it’s this, and he says it far better than I have been:

A lot of people think “digital” is going to kill comics. I really don’t — I believe in the physical objects that I sell, and in talking my customers, not a one of them says they’re looking to make a move to digital. No, I think what’s going to “kill comics” is ultimately the quarterly-driven decisions of Warner Bros and Disney that will try to incrementally squeeze more profit until the point that entire thing collapses. Whether it’s $4 bi-weekly comics at one or this type of poisonous lying at the other, the writing is on the wall: they’re going to wring it until it breaks.

That’s it for this month!  Orders must be in to your LCS by December 18, 2012 and are scheduled to arrive in February. 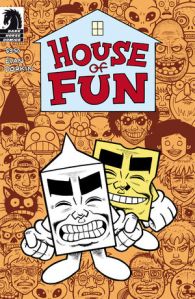 There’s a lot of good stuff out this week, and some of it costs ZERO DOLLARS!  So let’s dive in.
That’s it for this week. What looks good to you?