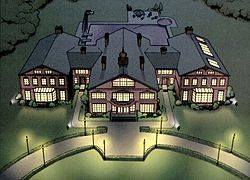 The wind and leaves turn,

I’m glad the days of Fredrick Wertham are behind us, where paranoids found dirty drawings in every nook and cranny.  And I really have no problem with the realism in comic art today, where artists take it to draw every zipper and seam in a costume (or uniform, if you’d prefer).

But I was reading Uncanny X-Men #534.1 and came across this panel…

…and I can’t help but think that’s no seam.  I have no idea how this made it into a Marvel comic. 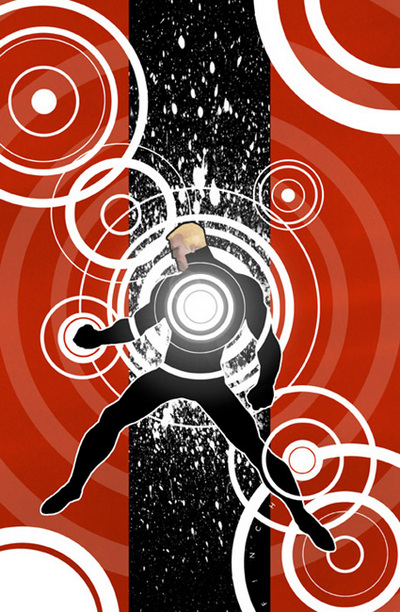 Dragged into the fray, 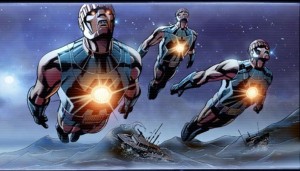 Your children may not be safe

From the hunter’s glare.

The worst thing about only having 4 fingers is that it's harder to do card tricks. Fucking Gambit...

I was the highest rated reality show on Mojoworld for 16 seasons. Until a scandal ruined my goodwill with the audience.

If I have any regrets, it's hooking up with Dazzler that one time. Bitch be trippin'! (That's the right way to say that, right?)

The star on my jacket represents a fiery inferno, like after Storm would make chili.

I'm 1/4 pheasant on my father's side. That makes what we used to do at night on the farm illegal in 47 states.

This week wasn’t the biggest week, but it was a good one. So get out your pad and get ready to take notes as we review…

We’ll begin with an ending. Lone Ranger ends this week with issue #25. The Cavendish Gang arc wrapped up finally, and it’s left wide open for future arcs. It’s a strong ending with no annoying loose ends. I have a sneaking suspicion that the movie in the works will rely heavily on this for story beats. As origins go, it’s a nice blend of character background and action. If you’re a fan of westerns, this one’s worth looking at in trades.

I was originally excited to see the X-Men going to Japan to fight the Mentallo-controlled denizens of Monster Island. I almost still am; it’s just that there was an awful lot of talking in Astonishing X-Men #37. The actual monster fighting was happening more in the background while people and mutants talked about fighting the monsters. The talking wouldn’t have been so bad if it hadn’t been a. confusingly clipped b. written off the beat of the art. The ethical debate at the end between Cyclops and Wolverine and the wake service that Armor attends highlight this problem. I’m feeling close to done with the X-Men in general and this title in specific.

X-Men #11 had a glaring chronological issue that I couldn’t stop thinking about. The story was tepid as it served as a coda to Jubilee’s experiences with the vampires. Pretty forgettable all around. We’ll see how the next arc goes before severing ties with the X franchise.

Batman Incorporated #7 is a good jumping on issue. Sure it refers to the last couple of issues continuing the long term thread of the Ooroboros threat. On the other hand, the threat has expanded in view starting with this issue as Bruce marshals his forces for this, as yet unseen, threat. We get a better look at several of the new players in the Batman Army including a new Ranger and a Batman of Africa. I’m wondering when Morrison will return to the Kathy Kane mystery… or is that being handled in the Batwoman book? At any rate, this book was worth looking at. The end was a hoot even though it was pretty well telegraphed.

In the broken record department, Hickman has not yet lost his touch. FF #3 is funny with it’s Symposium of Doom. But, it’s fantastically written in the aspects of tying the Parliament of Reeds with the events of the four new kingdoms. Right now, this is my absolute favorite book because of the way Hickman is structuring his stories and the foresight with which he’s planning things.

Friend of the blog, Southall, sent me this link today. If nothing else, the image is really nifty. I fail because I ddin’t know Sinister had a kid.